Mt Isa Project is located in northwest Queensland Australia, falling within the eastern portion of the Mt Isa Inlier, which is recognised as one of the richest metallogenic regions in the world. The project extends over an area from 60 km northeast to 20 km south of Mt Isa and covers a large area of approximately 900km2.

The tenements north and south of Mt Isa acquired from Rio are adjacent and directly along strike from the current MIM operations. 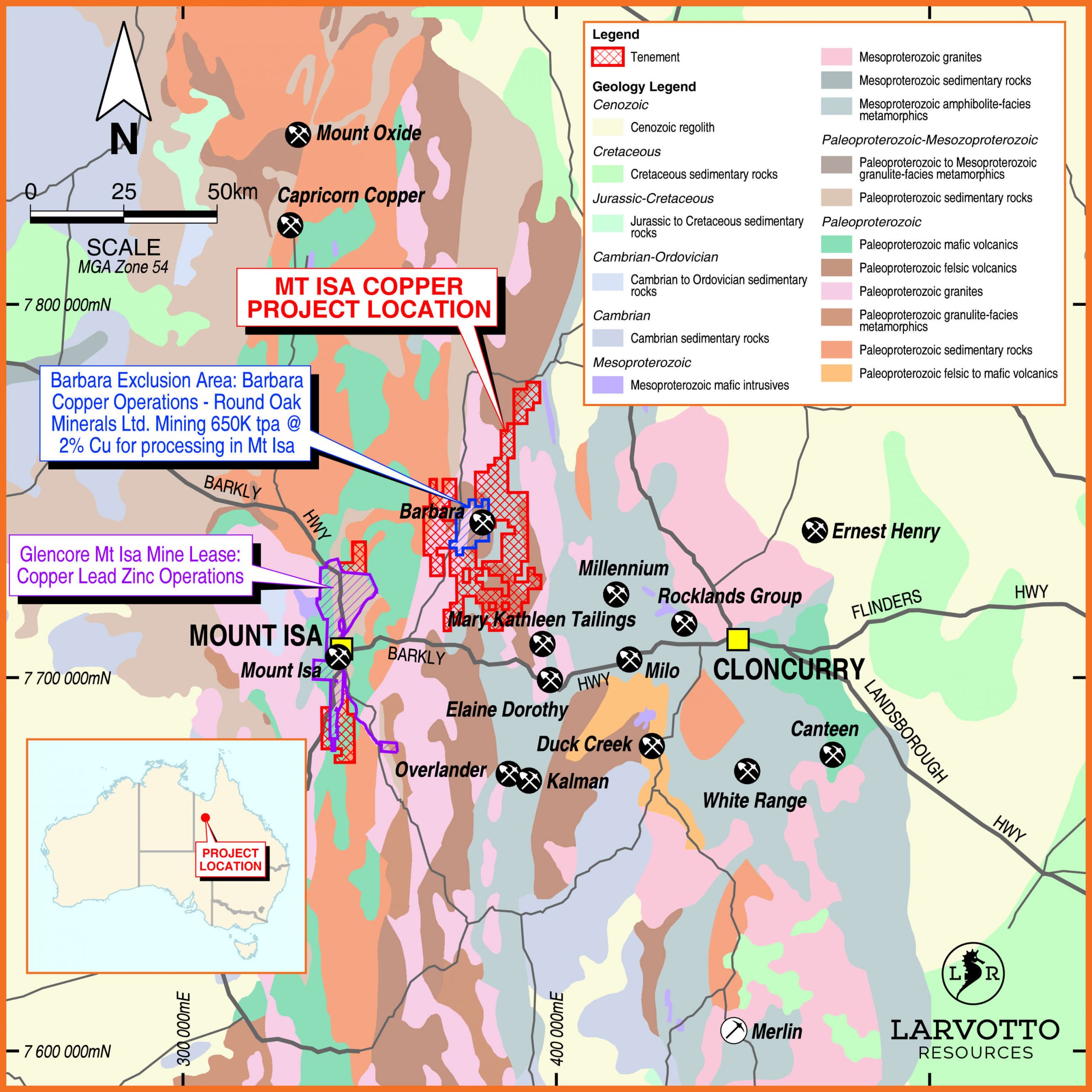 MIM operates two separate mining and processing streams, copper, and zinc-lead-silver. Its copper operations include two underground copper mines, Enterprise and X41, with ore mining capacity of 6.2 million tonnes per annum (Mtpa), a concentrator with 7 Mtpa capacity, a copper smelter, and support services. The Enterprise mine is a major copper ore source at Mount Isa and is Australia’s deepest mine, with an internal shaft, which reaches a depth of 1,900m.

The project, although adjacent to the famous MIM operation has been underexplored for near-surface mineralisation using systematic, modern exploration techniques. This provides an excellent opportunity for the targeting of surface copper, gold and cobalt on numerous structural trends that are known to be mineralised.

Early work by Larvotto has also identified the presence of significant amounts of cobalt associated with copper mineralisation. Cobalt has generally not been previously analysed and indications are that it will provide Larvotto with an excellent value add in addition to any copper and gold mineralisation identified.

In early 2022, Larvotto commenced exploration at the Mt Isa Project with the programs covering several fronts, which will include geochemistry, geophysics and infill drilling. The programs are designed to target both sulphide and oxide copper-gold mineralisation.

Recent work has shown that in addition to the well-known magnetite rich copper – gold mineralised deposits, classified as Iron Oxide Copper Gold style (IOCG), there are other deposits throughout the district where the iron occurs predominantly as a sulphide (pyrrhotite) and not as an oxide (magnetite). These iron sulphide rich deposits have been described as Iron Sulphide Copper Gold style (ISCG). 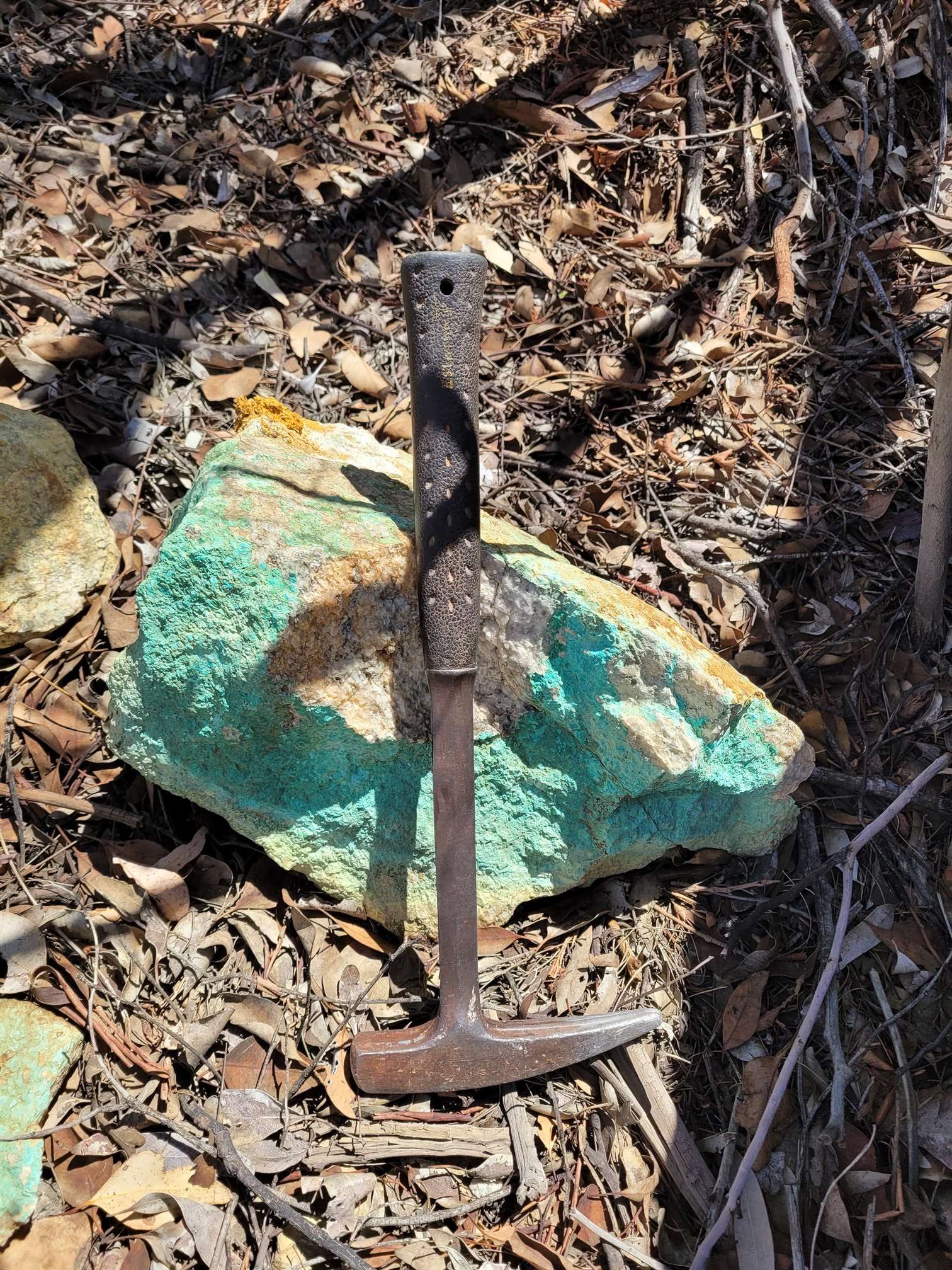 Ernest Henry is the best-known example of an IOCG deposit in the area and Eloise together with Jericho and Barbara are considered as the best fit for ISCG style mineralisation.

The best example of economic copper – gold mineralisation within the eastern portion of the project area is Round Oak Minerals’ Barbara Copper-Gold Deposit, which is surrounded by Larvotto ground and is producing copper via processing at the nearby Glencore Australia’s Mt Isa Copper Operations.

The Mt Isa region is fortunate to have several viable processing options for copper mineralisation, allowing for a rapid operational start-up once economic mineralisation has been identified, without the cost and time of constructing a processing plant.

The project area has been subject to numerous early phases of exploration, including geophysics and geochemistry. Most of the anomalies generated by previous explorers have not been followed up by systematic drilling to fully test the potential of zones that were identified as warranting further investigation.

Extensive airborne geophysics combined with on-ground soil geochemistry have identified numerous mineralised trends that extend in cases, for over 8 kilometres. Some of these trends have never been drilled, but the limited drilling that has been undertaken, does highlight the potential of the project to host several significant zones of mineralisation.

In the area under option from Rio Tinto, directly south of the MIM mine, exploration was focussed on finding deep Elephant scale deposits; most of the historic near surface workings have never been followed up with modern exploration techniques. 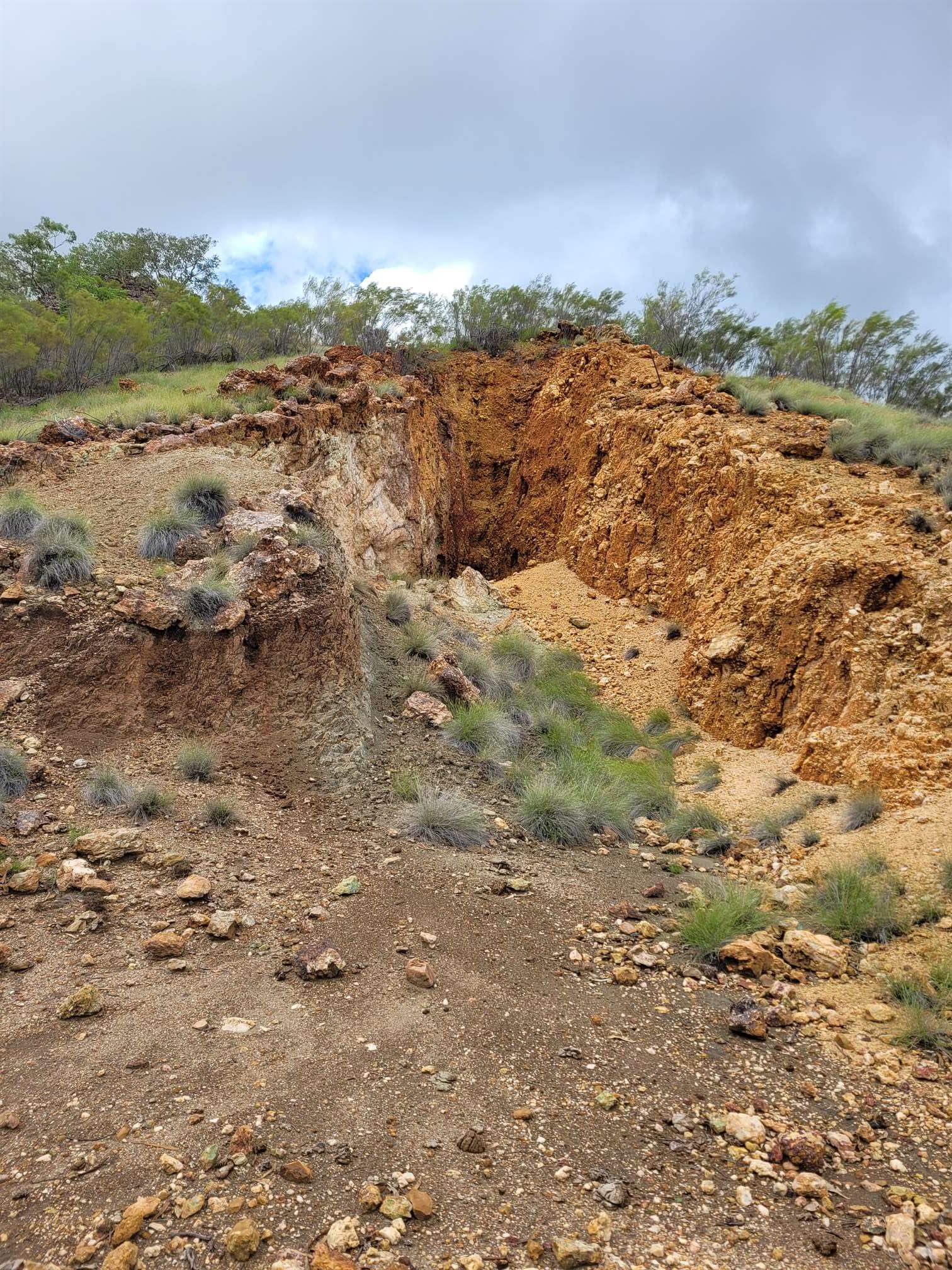 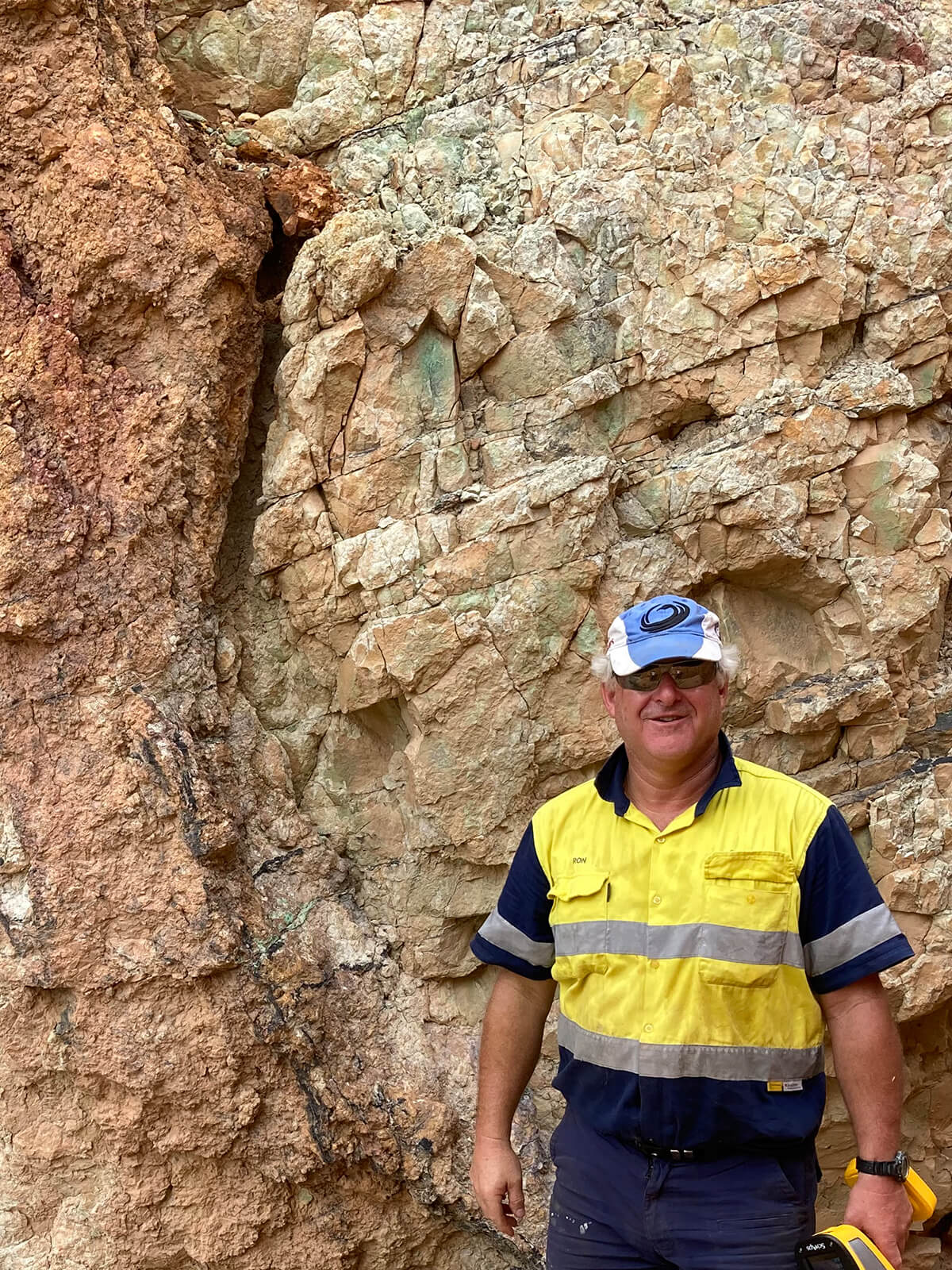